The legend goes that at some time between the second and third millennium before the birth of Christ a conference was held in a Himalayan cave, attended by the greatest sages of India. Walking thousands of miles to reach their remote destination, India’s most enlightened scholars, ascetics, and teachers were drawn by the monumental purpose of their gathering. Their goal was nothing less than the alleviation of Human suffering. 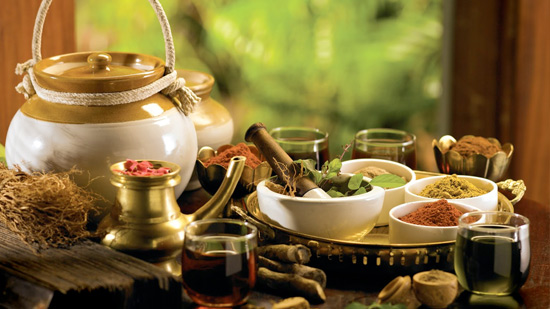 The triad of Ayurveda’s legendary physicians are considered to have been Atreya Punarvasu, one of the sages present at the original conference. The second is his disciple Agnivesh who collated all the thinking and knowledge exchanged at the gathering to form the science of Ayurveda. This core of knowledge, continuously expanding and improving, was then handed down orally for nearly two thousand years until the third member of Ayurveda’s venerated triad, Charaka, provided Indian medicine with its first written text in the form of Charaka Samhita or Treatise of Charaka in the First Century A. D.

The three great sages of Ayurveda namely Atreya Punarvasu, Agnivesh and Charaka, all emphasised the importance of preventive medicine. Their goal was to develop an individual’s own immune system to such a degree that body became its own best medicine fighting diseases before disease could take serious hold ! The sages of Ayurveda were aware of Medicinal plants known and used by the so called Indian Aboriginal Tribes who had inhabited India’s Forests from the beginning of history. The sages set themselves the task of collation and examination of this medical information into what we would call today the first Indian medical and botanical encyclopedia.

Around third century B.C., the study and use of medicinal plants in Ayurvedic medicines had already spread throughout India and the Emperor Ashoka, whose empire covered most of the Indian subcontinent, was providing what we would call today free health care to all his subjects. Charaka, provided Indian medicine with its first written text in the form of Charaka Samhita or Treatise of Charaka in the First Century A. D. By Charaka’s time Ayurvedic science had already developed into eight specialised schools of medicine. Long before the birth of Christ and millenia and before the birth of European medicine, Ayurveda had specialists in the following fields. Psychiatry; Pediatrics, Gynaecology, Ear, Nose and Throat, Ophthalmology, Surgery, Toxicology, Virility, and Fertility.

For the next millennium, Ayurvedic texts were added to by many other physicians, and surgeons and Arab traders conveyed this information to the physicians of the Arab, Greek and Roman worlds. It was Ayurveda’s tragedy that India began to fragment at the end of seventeenth century. As India disintegrated into civil war, great centres of learning fell apart and scholarship was dispersed by two centuries of political unrest. Ayurvedic knowledge retreated into the villages, temples and small courts of India where sometimes in the hands of Demagogic kings and priests, a great science was reduced to primitive ritual.

At the turn of 20th Century, fortunately for Ayurveda, both enlightened Englishmen and Indian physicians trained in Western medicine began to examine the claims made by Ayurvedic medicines. The small Ayurvedic centres began to flourish again. New ones were established as the power of plant medicine and the depth of Ayurveda’s plant pharmacopeia was, understood. But it was not until India became Independent that Ayurveda began to regain a reputation as a valid school of medicine.

The finest Ayurvedic centres are today in South India. These centres treat patients on the principles of Panch Karma, or the Five Therapies of Detoxifying the body, which Ayurveda hold as essential for the rejuvenation of Body tissues, muscles and bones even if patient does not have an obvious medical illness. Therefore a series of emetics, purges, enemas and nasal baths made from prominent Ayurvedic plant extracts are the first step of the treatment. Cleansing process is then followed by inducing sweating in steam and dry baths, When the poisons which can be released through the skin are removed, the body is then massaged over a period of days with different medical oils. Ayurvedic philosophy believes that the human body should go through the process of detoxification at least once a year to rejuvenate itself, and consider their treatments quite-effective.

Keeping in mind the need to propagate the intrinsic values of Ayurved, we at Vibha have tied up with Osiya- an organisation dedicated to Hospitality and Organic Health Care in India & abroad, to offer the benefits of treatments under Panchkarma.
This is our maiden effort to make available benefits of Ayurved to the millions of Mumbaikars who toil tirelessly.
This attempt is made possible by two eminent and highly qualified Ayurvedic Doctors from Mumbai with considerable experience and expertise in the field of Panchkarma and other Ayurvedic Treatments.

Return to Nature…. Ahead of Future.

100% Ayurvedic Products made from Fresh Herbs grown in our own Farms.